Game Objective:
Deuces Wild is played against the machine.  The objective of the game is to obtain a five-card poker hand, using 2 as a wild card (a 2 can represent any card in the game).  A winning hand contains at least three of a kind, to the maximum of a Royal Flush.

2's are considered wild and can represent any card of the 52 deck. 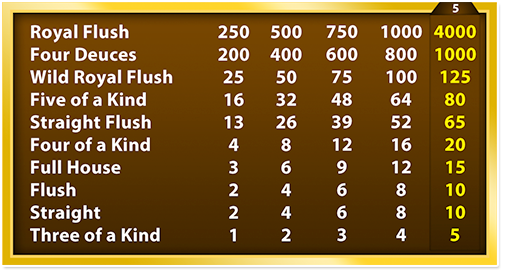 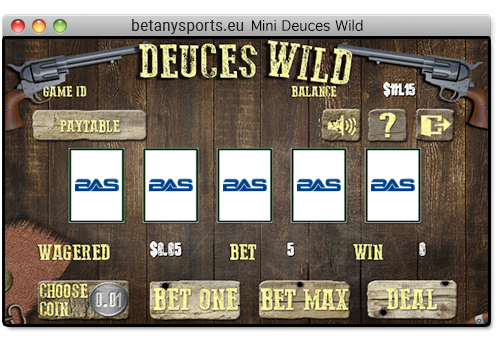