Game Objective:
Jacks or Better is played against the machine.  The objective of the game is to obtain a five-card poker hand that contains at least a pair of Jacks or better, to the maximum of a Royal Flush. 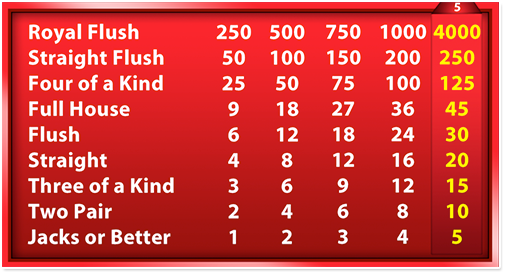 Payoff Rules:
The paytable lists the prizes for winning hands. 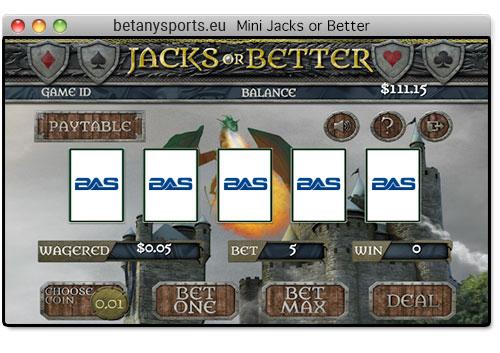