Game Objective:
Joker Poker is played against the machine.  The objective of the game is to obtain a five-card poker hand containing at least a pair of Kings or better, up to the maximum of a natural Royal Flush.

The game is played with a single deck of 52 cards, plus one joker.

The joker is a wild card, and substitutes for any other card to pay the maximum winning hand possible. 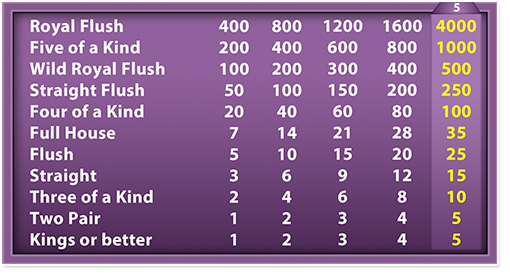 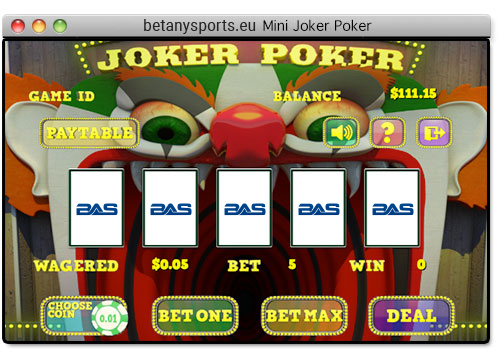