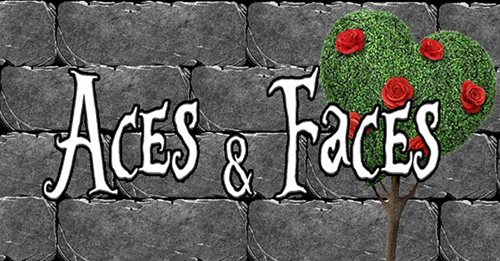 Game Objective:
Aces & Faces is played against the machine. The objective of the game is to obtain a five-card poker hand, using 2 as a wild card (a 2 can represent any card in the game). A winning hand contains at least three of a kind, to the maximum of a Royal Flush.

2's are considered wild and can represent any card of the 52 deck.

How to Play:
Bets are placed by selecting the 'CHOOSE COIN'. Pressing this button will cycle through possible wager amounts. The minimum wager is $0.01 USD and the maximum wager is $5 USD, the player is able to bet their wager up to 5 times.

The value of coin you are playing is shown on 'CHOOSE COIN'. You can press this button to change the coin value. 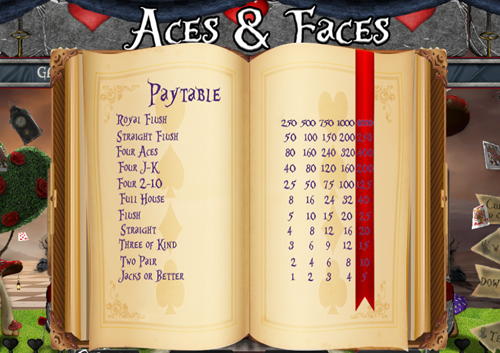 Your winnings are shown in the 'Win' box and reflect the pay table payout. The value is the amount of coins won. To calculate the monetary value earned, multiple the coin value by the number of coins earned.

Press the '' button under the game balance to view the game rules. 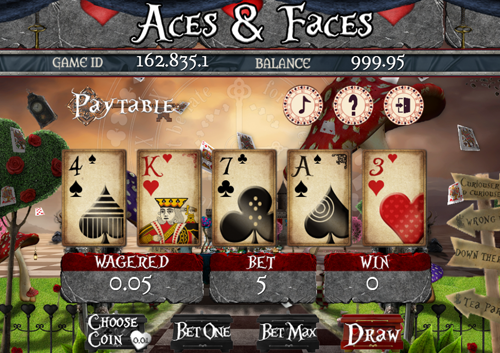